Microsoft has started talking about the first major update (Service Pack) of Windows 7. But today, An early interim build of its Service Pack 1 has been leaked out on Torrents and file sharing websites.

It is advised to avoid such builds, because it may contain harmful viruses.

Windows 7 is the fastest selling operating system in history. Since the official launch, 90 million copies of Windows 7 have been sold out to date and is still getting greater response from all kind of users. 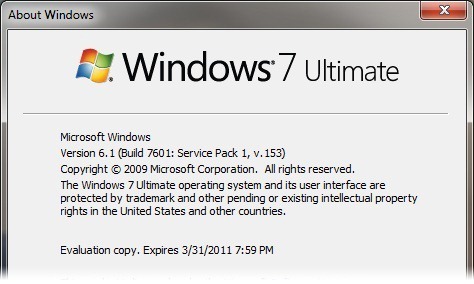