Windows API Code Pack is a free source code library that can be used to access some new Windows 7 features from managed code (managed wrapper). These Windows features are not available to developers today in the .NET Framework. 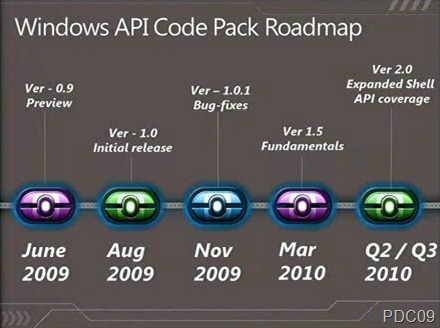