Good news for all technology enthusiastic, who are waiting for Windows 7 final release. 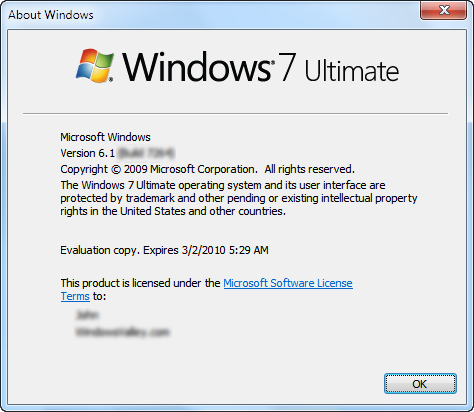 Microsoft has been cooking the next iteration of Windows operating system, “Windows 7” from Q3 of 2008. During the period, Microsoft released Windows 7 Beta (build 7000) and RC (build 7100) to general availability. But now the time is to move final release, currently the Windows 7 team is finalizing the RTM build. The same day Worldwide Partner Conference that is taking place in New Orleans.

TechNet, MSDN, and other partner connections will be getting their hands on the RTM build shortly after, if not on the same day.

Beside it, Microsoft has already scheduled the general availability on October 22nd.