How to download and install Visual Studio 2012 Update 1 Offline

With this and future updates, we’re striving to ensure that developers and development teams always have the best solution for building modern applications and for managing the modern application lifecycle. This approach to delivering updates, integrated directly into the IDE, should make it much easier for developers to keep the Visual Studio client up-to-date.

For more details about this release, see Somasegar’s blog post.

So we developers should expect regular updates at shorter intervals from now on (sounds similar to Windows 8 Updates). But I have found that a web installer is provided for the update, requiring internet connection to install it as it acquires the necessary packages, weighing around 1GB during installation. And it could be panicking to install the update on multiple PCs or PCs without internet connection.

So in this blog post, you will walk through the step by step instructions to create an offline package of Visual Studio 2012 Update 1.

1. Download Visual Studio 2012 Update 1,  choose the Save button to save the installer to your computer. 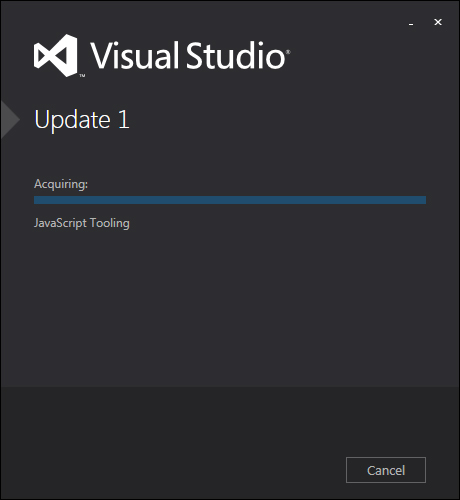 4. Once it’s complete. You will have all the files you need to install Visual Studio Update 1 offline. 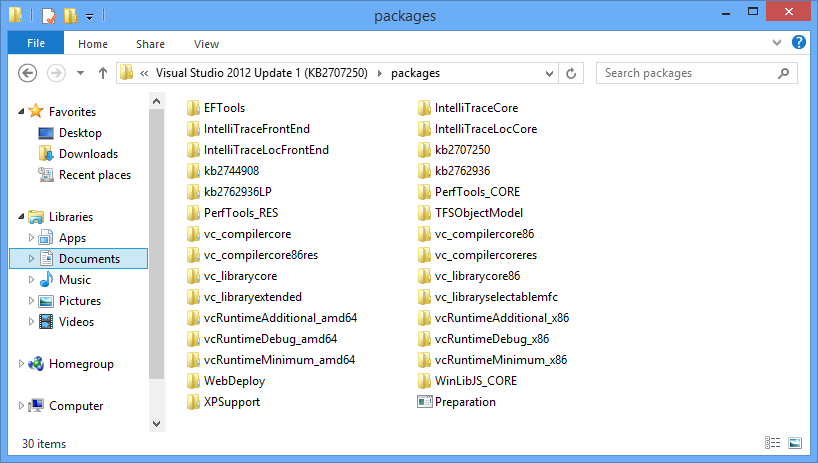 5. Now burn the DVD or copy to a USB Stick, The installer now will look for the packages locally first instead of online.

PS: The method should work for all future updates of Visual Studio 2012.