Windows 7 comes with built-in Virtual Wi-Fi capabilities that let you turn Windows 7 as Virtual Wi-Fi access point, allowing other Wi-Fi-enabled devices to share the connection without any 3rd party software.

It normally shows up in the “Network Connections Folder” with a Device Name of ‘Microsoft Virtual WiFi Miniport adapter’ and this virtual device is used exclusively for performing software access point (SoftAP) connections. It uses WPA2 Encryption to ensure the best security possible. 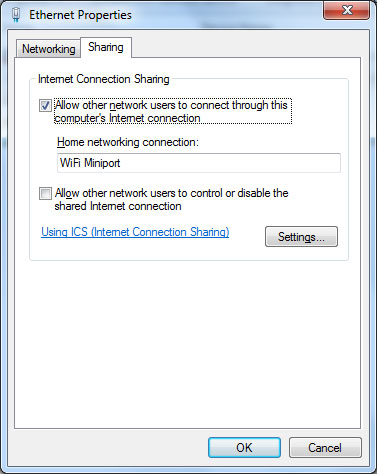 Apart from all of this, you can use a freeware called Virtual Router – Wifi Hot Spot for Windows 7 / 2008 R2, written entirely in C# by Chris Pietschmann who is a Microsoft MVP on the Windows Live Platform.