Recently I had found a script error while adding variable and working with MFC application. I have already submitted the bug at Microsoft Connect (IE8 Beta) entitled “IE8 RTW is incompatible with VSTS 2008”. The bug is still active and hasn’t fixed so far but I got a workaround, offered by Visual C++ Team.

Invoking any of the above wizards in VS2005 or VS2008 will pop up a script error if IE8 is installed on the machine. 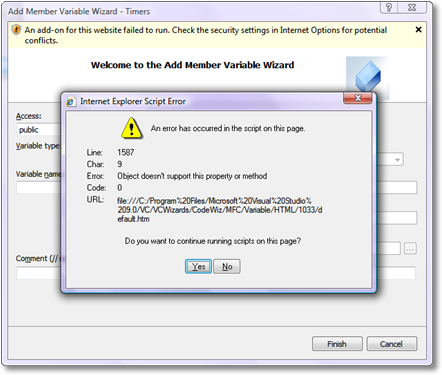 Thanks to Visual C++ Team!