The official description about theme reads “Follow Justin Bieber on his inspirational journey from street performer in the small town of Stratford, Ontario, to Internet phenomenon and global superstar with images from his 3-D concert film in this free Windows 7 theme.”

The theme is weighing around 4.5MB with 4 HQ wallpapers 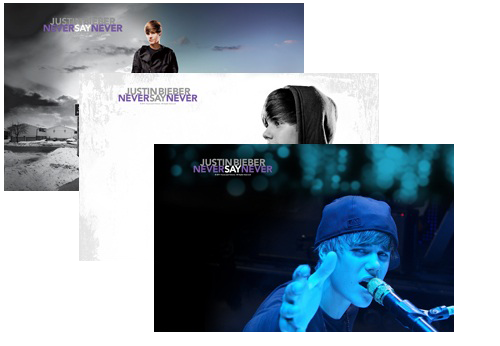