So finally, the day has come, when Microsoft will be going to introduce next generation developer tool Visual Studio 2010 and .NET Framework 4.0 and you can catch the LIVE action and be the part of official launch on April 12. 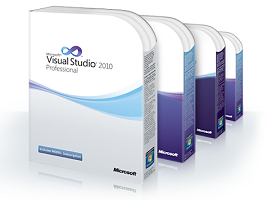 The countdown has already begun and if you want to be part of the launch of Visual Studio 2010 on April 12 then you can join the live webcast of the Microsoft Visual Studio 2010 Launch Conference and Expo, held at the Bellagio Resort in Las Vegas, Nev. Additionally watch industry’s leading expertise, when they will be demonstrating the exciting new features in Visual Studio 2010.

Watch the live webcast of the Microsoft Visual Studio 2010 Launch on April 12th at 8:30am Pacific Daylight Time. Hear Bob Muglia, President of Microsoft’s Server and Tools business, as he will introduces Visual Studio 2010 and shows how it helps developers unleash their creativity.

Visual Studio 2010 is packed with new and enhanced features that simplify the entire development process from design to deployment. Customize your workspace with multiple monitor support. Create rich applications for SharePoint and the Web. Target multiple versions of the .NET Framework with the same tool. Eliminate the dreaded "no repro" problem with IntelliTrace. And much more.